The Tortoise and the Hare:

Rambling or racing from Lisbon to the Algarve

Portugal has just been voted the winner in the best European destination for American tourists, as voted by readers of 10Best Readers’ Choice and USA Today: www.10best.com/awards/travel/best-european-country. As the country’s capital, many intercontinental flights stop over in the Portuguese capital. While this may be an inconvenience for some, it presents a wonderful opportunity to experience the city (one of Europe’s most popular weekend getaways) and also to choose the way in which to connect to the visitor paradise of Portugal, the Algarve, located at the southernmost tip of the country, so here we let you know the top priorities from Lisbon to Algarve.

Portugal is one of the world’s 20 most visited countries, with over 13 million people visiting the country every year. After a long-haul or transatlantic flight, a few days in Lisbon are an opportunity to overcome jet lag and to adjust to the different weather and gastronomy, in the city voted by Food and Wine magazine as one of the world’s most romantic. 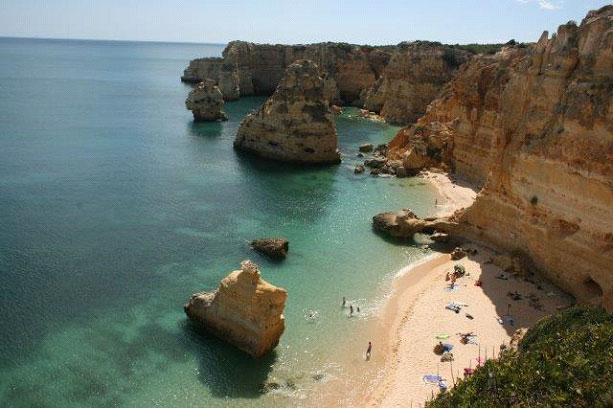 Being based in Lisbon is convenient in that most tours start in the capital. When on a short stay, highly recommended is a visit to Cascais with its beautiful cobbled streets and the amazing sweeping views over the bay and the Tagus estuary, and a wander through the medieval city of Sintra. The city’s Pena Palace was voted the continent’s most attractive castle by European Best Destinations, beating Neuschwanstein and Segovia’s Alcazar to the post. Only 30 kilometres (less than 20 miles) west of Lisbon, venture out by catching the train at the Cais do Sodré station near the Tagus River, which passes underneath the impressive 25th April bridge linking the popular Docas area to the Christ the Redeemer statue on the southern banks of the river. You will also pass the Torre de Belém and the Monument to the Discoveries, testament to the golden years of Portuguese maritime exploration. In the same vicinity, the Jerónimos monastery is a wonderful example of Manueline architecture (named after the King who ordered it built). Further along, pass Estoril, in the earlier part of the 20th century the place where the European wealthy congregated. The imposing casino, the country’s largest, is easily spotted from the train. Then hop on a bus or do a tour of Sintra, and make sure to try some of the sumptuous pastry!

Back in Lisbon, the options are almost endless. Stroll down Rua Augusta which Condé Nast Traveler has voted the street one would most wish to visit before dying! Climb up to St. George’s Castle and gaze out over Lisbon’s seven hills. Explore the Chiado with its fado singers and traditional dishes. Visit the modern redevelopment of the Expo area, with its modern architecture, cable car ride, scenic tower, views over the Vasco da Gama Bridge and Europe’s largest aquarium. 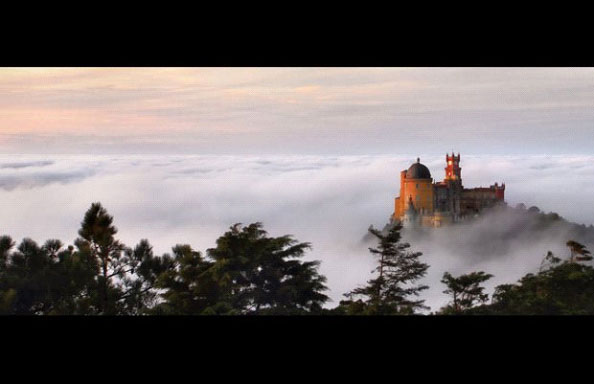 Ucityguides has ranked Portugal the 6th most beautiful country in the world, in a list topped by Italy, Spain and France, and which includes perennial favourites Brazil, South Africa and the USA. From Lisbon to Algarve, your final destination, beckoning, will you now be anxious to race to the California of Europe or tease your senses by meandering slowly through the Alentejo province?

If you choose the former, there is no better way to experience Portugal’s world-class infrastructure than to cross the Vasco da Gama Bridge and head straight down the A2 highway for an approximately two-and-a-half hour journey to the Algarve. Once there, the A22 highway will take you east to Vilamoura, Faro, Tavira and Spain and west to Lagoa/Carvoeiro, Portimão, Lagos and Sagres, including crossing the fabulous bridge over the Arade River.

If your choice is to take your time down to your final destination, then cross the 25 de Abril bridge, pass Christ the Redeemer and continue south on the A2 until the exit at Alcácer do Sal. Take the national road which gives you a bird’s eye-view of the Sado River and one of the largest rice plantations in the country. Make the most to stop off for a bite to eat at one of the simple road-side restaurants serving typical Alentejo dishes. 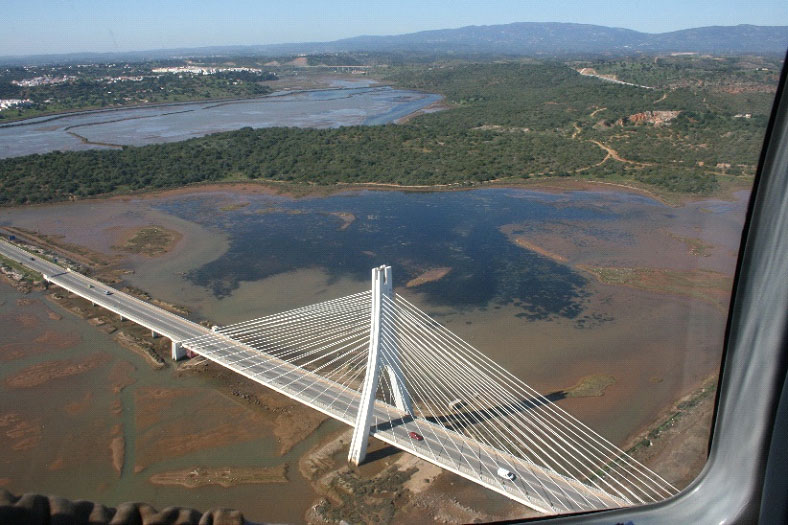 After probably having overindulged on generous portions, make your way to the coastal road and be prepared to spend a few hours on a meandering road, but well worth the effort to turn off to visit Porto Covo, Vila Nova de Milfontes, Zambujeira do Mar and Aljezur. Before heading down towards Lagos and the western Algarve, make one more stop – take the circular route via the beaches at Bordeira and Carrapateira. 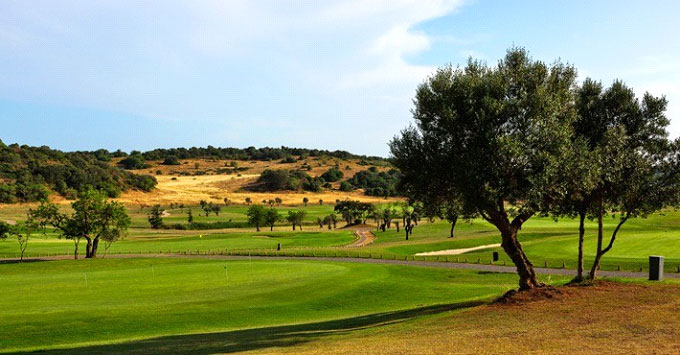 Nothing drives home the reason why the World Travel Awards have anointed the Algarve as Europe’s leading beach destination than looking out at miles of pristine beach, sand dunes and river, knowing that some miles further south, lies the first of the 40 golf courses which contributed to the World Golf awards voting Portugal as the World and Europe’s leading Golf Destination for 2014. Just a small part of the reason why the Algarve is the Best Place in the World to Retire.

Portugal’s tourism revenue grew 12.37% in 2014, according to the National Institute of Statistics (INE), reaching €10.4 billion in revenue and contributing more than €7 to Portugal’s balance of trade. The increase represents the third successive year of impressive growth for a sector that represents around 5% of GDP (Gross Domestic Product), employs 8% of Portugal’s working population.

Portugal is one of the world’s 20 most visited countries, with over 13 million people visiting the country every year.

The UK, Spain, France, Brazil and Germany saw the greatest rise in tourist numbers between 2010 and 2014, with Portugal’s internal market improving 13% in 2014 alone. In 2014 the rate of growth (11%) in number of overnight stays by tourists grew at a rate of four times that of neighbouring Spain. 2014 saw Portugal achieve a record 45 million overnight stays.

The country’s improved tourist performance is linked to the country’s international reputation as a quality destination. Globally, Portugal has received around 8,000 mentions in global press during the year.

Food and Wine magazine voted Lisbon as one of the world’s most romantic cities, ranking in 8th position among the 24 finalists led by perennial favourites Paris and San Francisco. The city achieved its ranking due to its gastronomy, beautiful views and friendly people. In 2012 Lisbon was voted European City by London’s Academy of Urbanism, and was recently considered a top destination by Tripadvisor.

Hostelworld voted 8 of Portugal’s hostels among the leading in the world. Oporto and Lisbon shared honours as the two cities vied successfully for top positions in a number of categories. The Yes Porto Hostel was voted the safest in the world.

Ucityguides has ranked Portugal the 6th most beautiful country in the world, in a list topped by Italy, Spain and France, and which includes perennial favourites Brazil, South Africa and the USA. The Bloom Consulting Country Brand Ranking has placed Portugal in 10th place among European tourism destinations, highlighting its gastronomy, beaches and surfing. Madeira has been voted the best destination in Europe in which to usher in a new year. And Condé Nast Traveler, the highly respected travel publication, has voted Rua Augusta, located near the river in Lisbon, which is the world’s 9th most photographed city, the street one would most wish to visit before dying, ahead of Lombard Street in San Francisco and the Via Margutta in Rome! Cais da Ribeira in Porto pushed Venice’s Grand Canal into 9th place.

Among these myriad accolades, it was therefore perhaps not surprising that Portugal made it into the Top 10 (9th) of the Best Countries in the World to Retire, and the 2014 Retire Overseas Index ranked the Algarve ahead of 21 global locations including places such as Abruzzo in Italy, Barcelona in Spain, Istria in Croatia, Pau in France, Chiang Mai in Thailand, Istanbul in Turkey, Ambergris Caye in Belize, and Puerto Vallarta in Mexico, as the Best Place in the World to Retire.

Anyone wishing to put Portugal, and specifically the Algarve’s, credential and pedigree to the test, is encouraged to try out the destination for a month to get the feel for the pace of life and to properly research their options, before taking a decision as to whether it is the place for them.